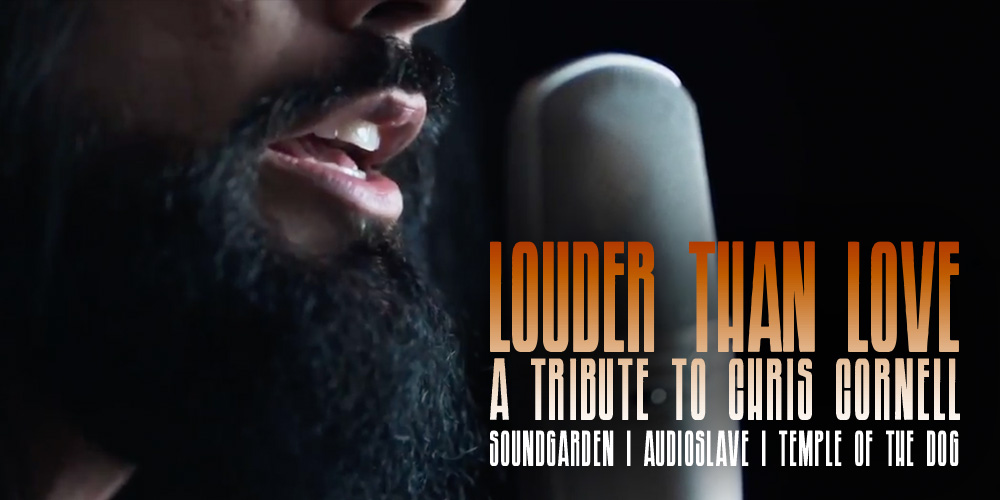 A TRIBUTE TO CHRIS CORNELL / SOUNDGARDEN / AUDIOSLAVE / TEMPLE OF THE DOG

Chris Cornell was best known as lead vocalist for ‘Soundgarden‘ and ‘Audioslave‘ as well as for his numerous solo albums and vocals for ‘Temple of The Dog‘ and one of the leaders of the whole grunge movement.

‘Louder Than Love‘ is a multi-national / international Chris Cornell tribute band with member from the USA, UK and Brazil. Tiago Mosh is taking on the seriously difficult role of Chris Cornell, David Eve is on guitar, Estevao Zeni on bass and Steve Kilroy is on Drums.

Not wanting to leave the legacy with just a Soundgarden tribute and aside from having an amazing song list to choose from, there was so much more to Chris Cornell than one band. ‘Louder Than Love‘ will focus mainly on the music of ‘Soundgarden’, an equal amount of ‘Audioslave‘, his solo material and a couple of ‘Temple of The Dog‘ songs will be thrown in the set.

Any tribute is daunting – especially when a member as iconic as Cornell left us. We want to continue to celebrate Chris’ life and music and we can think of no better way to do that than to bring his music to you – raw, live and Louder Than Love.