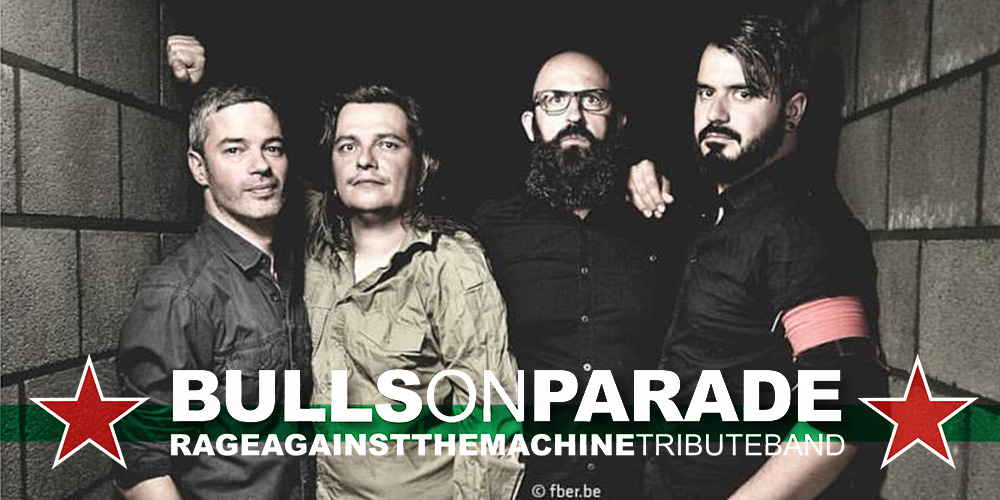 For almost 15 years now, Bulls on Parade have been crushing stages all over Europe with their impeccable rendition of Rage Against The Machine’s greatest works. Capturing and delivering the sheer anger and explosive energy, Bulls on Parade have performed on stages in Belgium, Holland, The United Kingdom, Germany, Austria and Italy in front of crowds up to 15.000 RATM fans including headlining spots on Dour Festival and Graspop Metal Meeting.